Here’s the old-style threshing of the grain at Hanley Historic Farm, Oregon; the beautiful golden “stooks” of gathered and bundled grain stalks appeared in an earlier post.

These stooks of hand-cut wheat, composed of bundles each tied with a stalk of wheat, sat out for weeks drying, and waiting for the Harvest Day Event on September 4, when the draft horse enthusiasts and old ag machinery collectors would join forces. 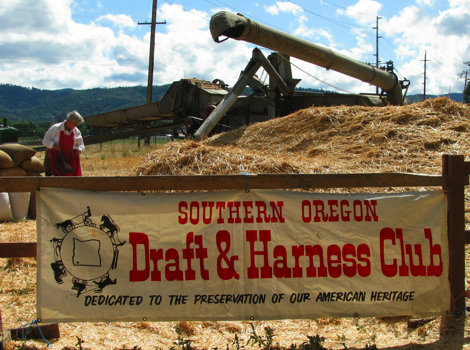 First the big placid draft horses made their way down the field, stopping to let workers with hay-rakes pitch (that’s “pitch” as in “pitchfork”) the stooks up onto the wagon, seen in the first picture. Once the wagon’s full, it heads back to the “home” end of the field. 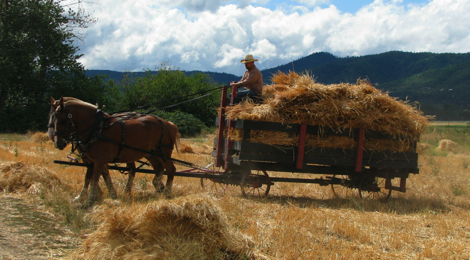 There, the old threshing machine awaits, attended by half a dozen or more other people who will fork the grain from the wagon onto a moving belt.

But first, line up the wagon next to the working area.

Then the horses are unhitched and led away; I thought perhaps this particular team did not like the noise of the machine, which was considerable. In 1900 or whenever this machine was made, a farmer’s team would probably be accustomed to the machine after a couple of acres had been worked, and would wait–––or two wagons could be used, hitching the team to an empty wagon to continue collecting the grain while the full wagon was threshed.

The entire machine is long, with belt-driven parts to move the unthreshed grain into the whirling blades that knock the grain off the stalks. The next step separates grain from chopped straw or chaff.

It may be a machine, but it is fed one fork of grain at a time.

Streams of grain and chaff are blown through long pipes: the chaff into a pile, the grain into heavy cloth bags.

As on every farm in the history of the world, there’s work for kids old enough to know the routine.

The filled bags are hand-sewn shut. 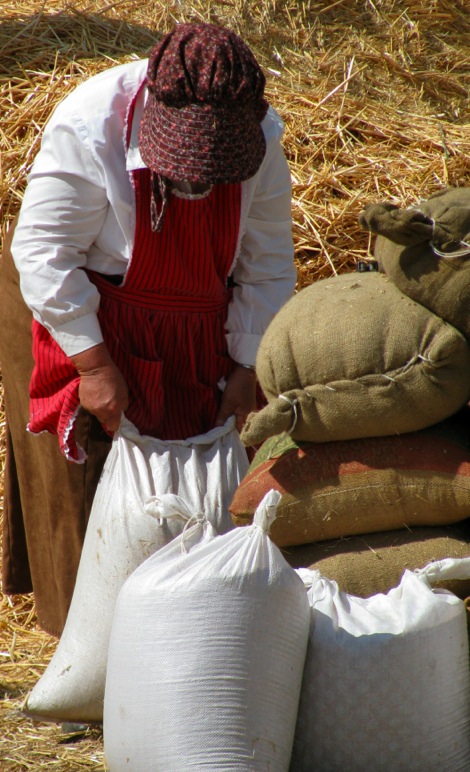 Once these threshing machines came into use, horses provided the power for only some of the work. The thresher itself ran from a steam, or later gasoline, engine powering the main belt. This day, a more modern machine was used for the Power Take-Off (PTO) to the thresher. 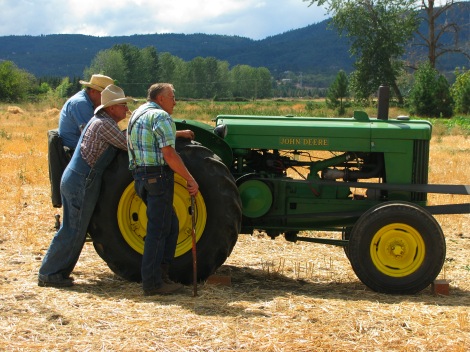 Here you can see the power belt, and the chopping teeth that actually do the threshing.

Although the chaff is just being blown onto a pile in the background here, it is not a waste material, but would be used for bedding in stalls during the winter. Mucked-out straw would be used for fertilizing fields or maybe the kitchen garden area. These days, commercially produced wheat straw is used for decorative interior panels, making ethanol, soil amendment, animal feed (treated with urea, and with nutrients added, yuk), paper, and packaging. Many new uses are being examined. And of course, it’s still good for animal bedding. 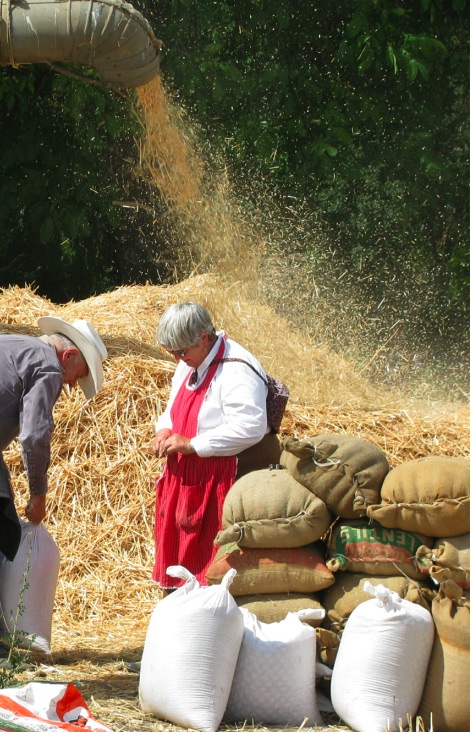 Our view of early machine threshing on this day didn’t show what hard work it would have been, when many acres of grain had to be gotten in before the weather changed, when teams of horses brought a continuous supply of grain to the people feeding it to the machine, and the labor of bending to sew bags and then tote them away never stopped. But, unlike a lot of physical work in the industrial age, it was not what you did 50 weeks a year. There’s a pride in getting it done 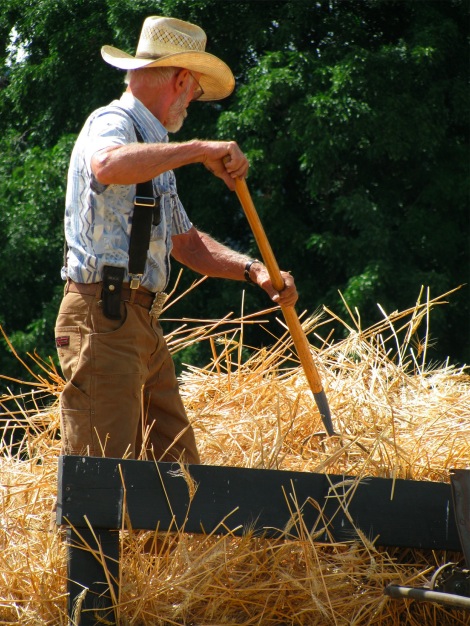 and those too young to take part look on, eager to be old enough. 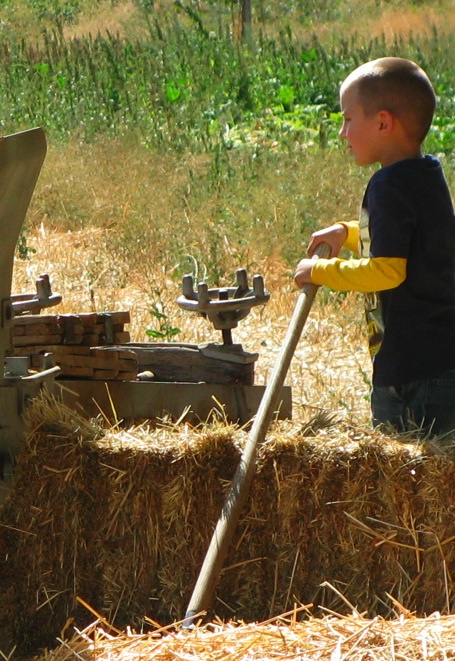 And when the belt stops moving, the old hands find a spot in the shade. 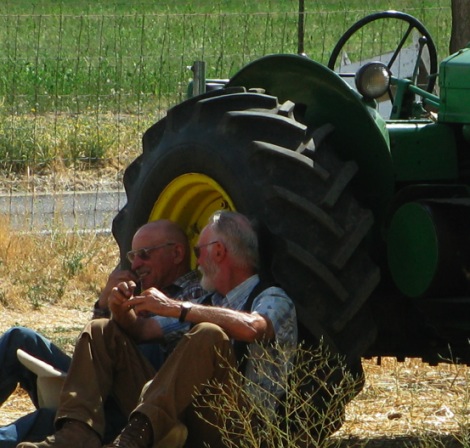 2 thoughts on “Threshing grain at the historic farm”